Today we had planned our itinerary towards Little India and Chinatown. The much awaited evening was reserved for Shopping ;). We left our hotel early in the morning and hopped on a bus to reach Little India. What an irony - I spotted a health tip getting publicized on a cab. Have a look !

Super motivated by this - I planned to explore the entire Little India and Chinatown by foot and trust me it was so much fun. We were surprised to see the local familiar stuff, ate the known familiar food and felt as if we are in no foreign land. Articles and goods that so belong to our own country, made us remind of our motherland.

While strolling along the roads we reached Sri Veeramahakaliamman Temple, situated in the heart of Little India and is one of the oldest temples in Singapore. This temple is dedicated to the Hindu goddess Kali, fierce embodiment of Shakti and Lord Shiva's wife Parvati. the building is constructed in the style of South Indian Tamil temples and exhibits Dravidian architecture.
Operating hours - 05:30AM - 09:30PM
Entrance Fee - Free


Captured couple of below clicks while exploring the hustled bustled streets of Little India. We even visited the famous Mustafa Center, which may not be as great as any other shopping mall of Singapore, but one can get to see huge variety of items and at a great price. So you may not prefer buying from road side articles which requires lot of bargaining skills and just go Mustafa!

We later visited the famous Temple of 1000 lights - Sakya Muni Buddha Gaya Temple situated on the race course road. The Buddhist temple features a 15 meter high statue of a seated Buddha, which weighs nearly 300 tons as well as many smaller Buddha images. The statue is surrounded by a stylized aura made of numerous light bulbs which are lit during evenings.
Operating Hours - 08:00AM - 04:45PM
Entrance Fee - Free


After exploring the Little India, we planned to explore the streets of China Town. Reached at the famous Sri Mariamman Temple, considered as one of the oldest temples in Singapore. It has been gazetted as the National Monument and beholds Dravidian Architecture. To add the visitors are expected to be fully covered while visiting the temple, else the entry would be denied.
Operating Hours - 7AM-12PM and 6PM-9PM
Entrance Fee - Free

Further we went down exploring the streets of China town and finally reached the famous Buddha Tooth Relic Temple. Temple has richly designed interiors and exhibits Buddhist art and culture. The temple got its name from hat Buddhists regards as the left canine tooth of Buddha which has been recovered from his funeral pyre.
Operating Hours
Viewing of Buddha Tooth Relic - 9AM-6PM
Buddhist Culture Museum and Relic Chamber - 9AM-6PM
Eminent Sangha Museum - 7AM-7PM


Evening was spent on much awaited agenda of the day - Shopping. We explored the famous Bugis Street, one of the hottest and cheapest in Singapore. It is popular both among the tourists and the locals and people would end up buying souvenirs, electronics, clothes, cosmetics and trinkets. To add market is covered to protect the buyers from rain and sun. Later we went onto the famous ION Orchard situated at the end of the Orchard road. It is a bliss to have all the luxury brands under one roof and the latest fashion would just attract the crowd. Luxury couture's and fresh runway brands lure the shoppers to the core.

Tired and exhausted we returned back to our hotel, with handful of shopping bags and carrying away the memories of Little India and Chinatown. 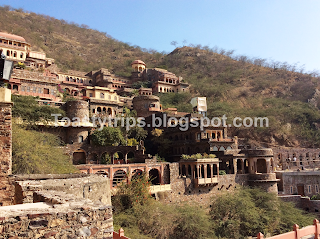